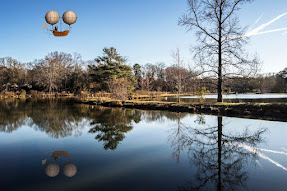 "Protean" has positive connotations of strength, mutability, and adaptability
The only downslide is the large stank of kelp piled on the beach to funkify

Proteus was an early sea-god

You gotta get into overdrive, man

because in drive you just won’t arrive

And  the bay window refused to hold a view

What's worse, the whole thing could have been prevented with a simple software patch

The Bill of Rites replaces the Bill for Wrongs.

Or you can just duck the bill like the quack you wannabe.

All participants must be at least 18 years old

But not their shoelaces

We are just catching up to our limitations

Out of breath, sweating beer nuts

Put your thin cotton cloak slowly inside my  hand

The Number of Witnesses Who Say They Saw the Resurrected Jesus

Quintupled the Population of Judas, California

Ancient skulls tell a shell of a story

known for  strength and homonyms and sandwiches

after winning a wrestling match

With a group of ruffians called

jettison faith and circle the trapezoids of time.